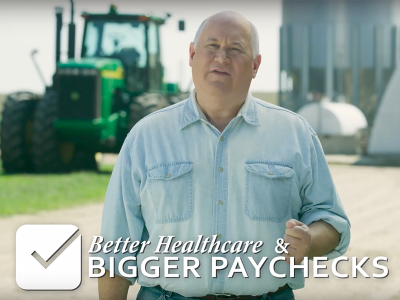 WICHITA, Kan. – Today, Congressman Ron Estes released his first ad of the 2018 election cycle. The ad is just over 90 seconds and will be featured on digital and social outlets. The ad, part of a comprehensive campaign to re-elect Ron Estes, reflects Congressman Estes’ work engineering common sense solutions and championing our Kansas

Today, Congressman Ron Estes announced that the campaign to represent the Fourth Congressional District will feature five debates and forums. The debates will give Kansas voters the chance to see the stark contrast between Estes’ common-sense approach to problem solving and James Thompson’s radical, socialist agenda. The debates and forums are as follows: Pratt Chamber of Commerce Forum (8/30) Kansas 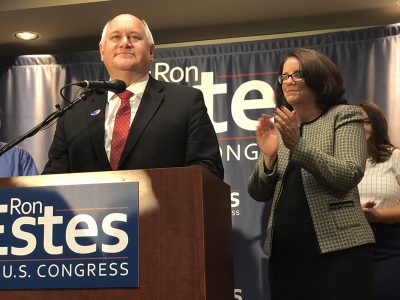 On Aug. 7, Rep. Ron Estes decisively won the Republican Party nomination for his re-election bid to the United States House of Representatives. Despite Democrats’ attempt to deceive Kansans, voters in the 4th District strongly supported the Kansas champion who has been engineering common sense solutions in Washington. After the election was called, the Congressman

Get Involved with Ron Estes for Congress